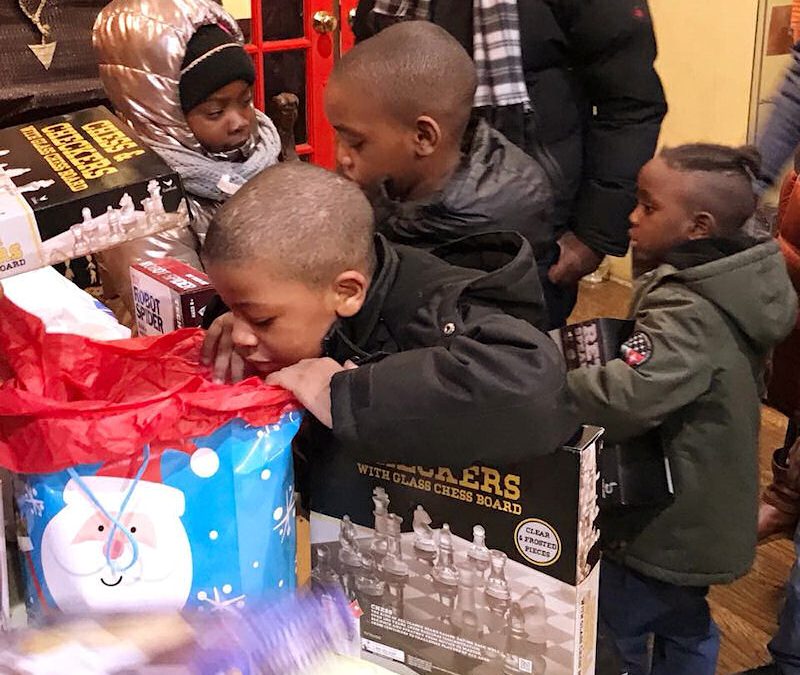 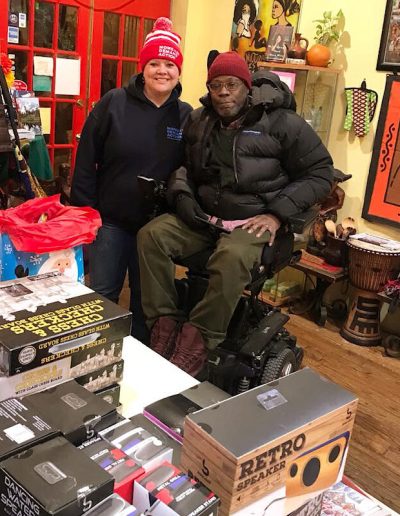 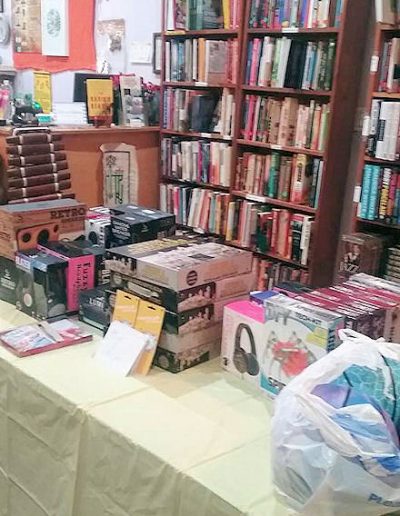 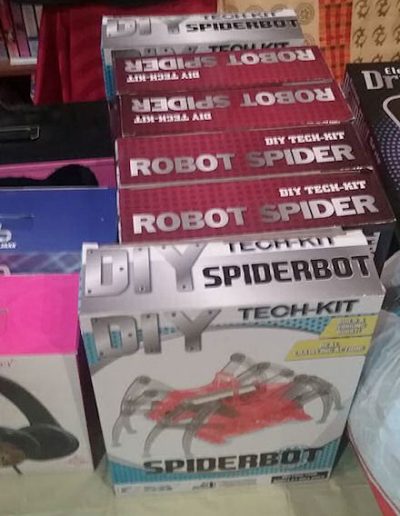 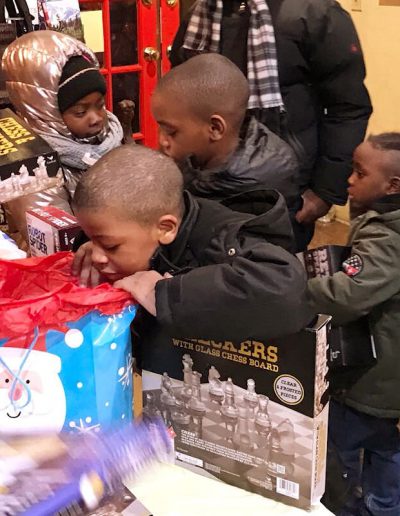 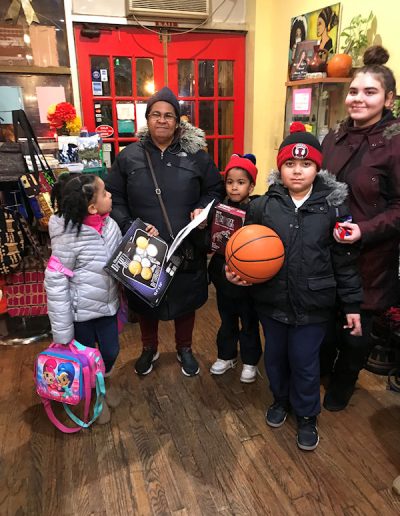 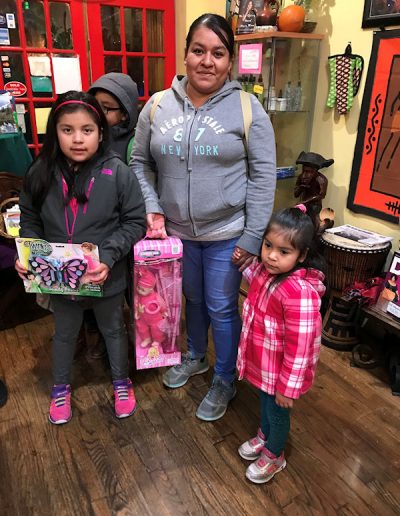 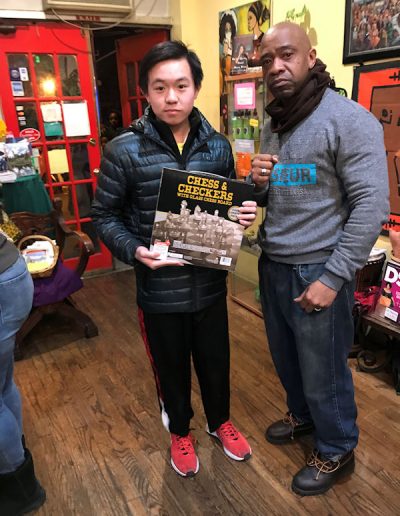 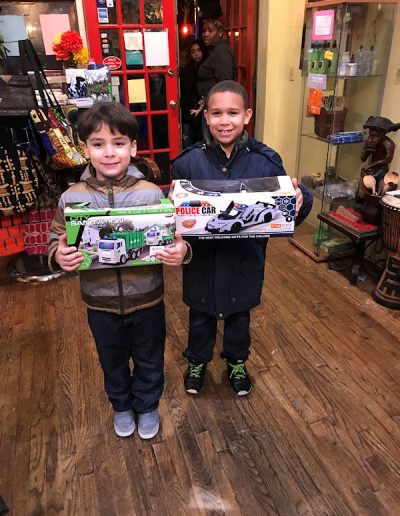 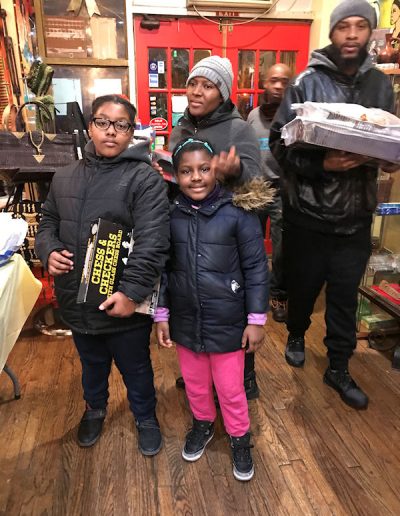 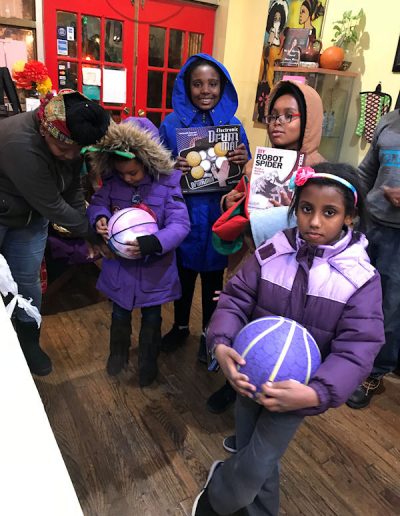 On December 23, 2017 WAG held our Inaugural Annual Gift Give-Away project. The event was held at Sister’s Uptown Bookstore & Cultural Center, located at 1492 Amsterdam Ave, the Sugar Hill part of Harlem. WAG was joined with a great partner, Janina Brandi and a few mother from the New York Chapter of Moms Demand Action For Gun Sense in America. Moms Demand Action for Gun Sense along with others, were able to make great cash donations to our drive, helping us secure more toys. This was a special evening because we put smiles on the faces of over 100 kids and their parents.

The annual Holiday Season brings lots of joy and celebration for the country, as families join together over food and the exchange of gifts. But for those who could not participate in such a celebration due to hardship and lack of financial resources, the holiday season also brings the highest suicide rates due to depression.

To those who have lost family members due to gun violence, the holidays can cause a particularly more depressive state of mind during the ongoing mourning process. This was a special moment for WAG Founder Kareem Nelson who stated, “It felt good coming back to my neighborhood, where I caused destruction and mayhem, to now have a positive impact.” Kareem’s good friend, Daddy Rich the HIP HOP, chef provided us with some good food. The turnout was so great; we had to turn some kids away because we ran out of gifts to give. WAG looks forward to next year’s event. We are very grateful that this was all made possible through D. R. the Hip Hop Chef, Anthony Ricks, Carol Davis, Michelle Davis, Terry Parris B.M.A.D and MDA and WAG.

The battle to reduce gun violence is a constant and ongoing effort that requires more than an occasional appearance by politicians at the funerals of young boys and girls who were killed, in the prime of their youth. WAG has its finger on the pulse of the community in undeserved and troubled neighborhoods. WAG recognizes that constant engagement with our target communities is the best way to leverage relationships and being respected for our mission of reducing gun violence.

As the current Administration seeks to lesson safeguards and gun laws meant to reduce the amount of guns that end up the hands of inner city youth throughout the country, the mission of WAG becomes event more important. WAG remains steadfast in its mission, which is to protect children from the dangers of bullying, gangs, and gun violence. We empower young people with Conflict Resolution,
Critical Thinking, and Positive Self Esteem/Self Respect building.

What Can You Do To Help Prevent Gun Violence?

Wheelchairs Against Guns needs your help to continue the fight against bullying, gangs, and gun violence. Please click the donate button and pledge your support to help sponsor an anti-violence workshop. Your contribution can help save an at-risk child’s life!