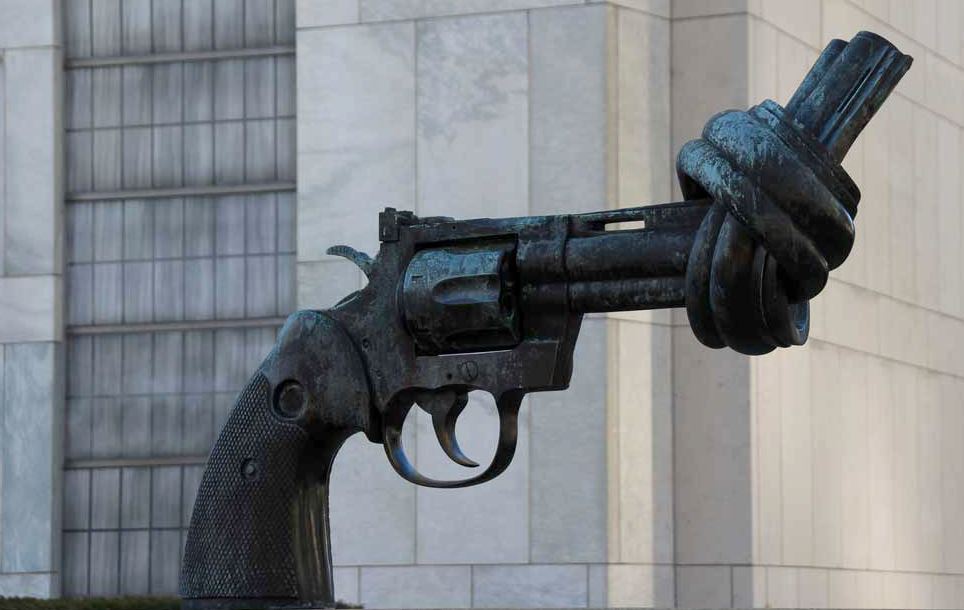 America has consistently been ranked as one of the top countries when it comes to the number of guns owned by its citizens. In the U.S., the death toll due to gun violence is higher than most countries with extreme financial instability. It’s even higher than the totals in war ravaged areas like sub-Saharan Africa. In light of these facts, it’s obvious this country needs effective gun violence prevention strategies.

According to statistics, in 2015 there was a sharp increase in gun violence-related deaths. This rise was attributed to a mass shooting in Texas. The shooting was rated as one of the most devastating incidents ever to take place on US soil. In total, 39 men and women were counted as either dead or injured.

The real atrocity though, is these numbers pale in comparison to the gun violence that takes place regularly in urban cities all across America. In 2017 for instance, there were two separate weekends where more than 30 people were either shot or killed in Chicago. The gun violence in our urban centers continues to mar the reputation of this great nation. Fortunately, there are organizations working toward implementing effective gun violence prevention strategies in these cities.

Anti-violence workshops organized by WAG focus on the following goals:

1. Students Should Not Harm Themselves or Others

Students are taught that using guns is not a positive way to vent frustration or resolve conflicts. Through role-play, students learn specific techniques for dealing with their anger and potentially toxic situations.

The members of WAG come from the same inner city environments as the students. As instructors, this makes them especially attuned to identifying potentially violent situations student may be experiencing and allows the members to address potentially violent situations issues before things get out of control. If a student’s behavior is throwing red flags, they are encouraged to talk to a member of WAG instead of grabbing a gun.

One of the key reasons students were likely to pick up a gun is to deal with issues like bullying. WAG offers students practical solutions to this problem that do not involve violence.

Instructors communicate with students to provide them viable strategies for dealing with bullies. Also, the organization discusses these incidents with teachers and school administrators so that everyone is aware of the situation and will handle it in a result-oriented manner.

During workshops, members of WAG speak with parents about how they can help prevent incidents of gun violence. Prevention strategies that are discussed include:

For parents that have firearms in the home, WAG reminds them to keep the weapon out of the reach from their children. Parents are also made aware of the various gun safety tools available on the market, such as biometric gun safes and trigger locks. These supplemental gun violence prevention strategies are an important part of the organization’s efforts to stop guns from getting into the wrong hands and being used out on the city streets.

Parents are also encouraged to pay attention to changes in their child’s behavior, especially when they come home from school. If they notice their child becoming increasingly agitated or showing signs of anger and aggression, then they are advised to ask their child if they are being bullied or picked on so the issue can be brought to the attention of school administrators to be addressed. This simple precaution can help reduce the chances of gun violence in inner city schools.

What Can You Do To Help Prevent Gun Violence?

Wheelchairs Against Guns needs your help to continue the fight against bullying, gangs, and gun violence.

Please click the donate button and pledge your support to help sponsor an anti-violence workshop. Your contribution can help save an at-risk child’s life!