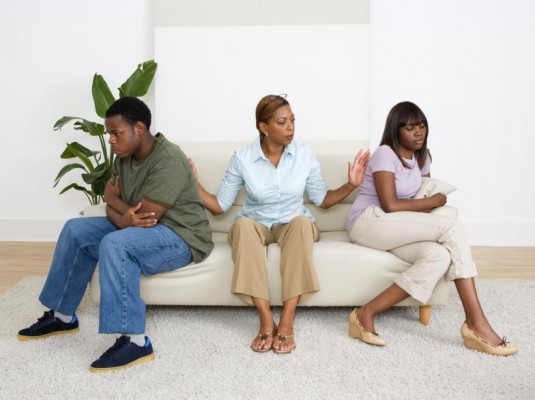 A child’s character is forged by the principles and values they learn from home and at school. It goes without saying, parents and teachers play an important role in their mental and emotional development. When children are young, it is easy to direct their behavior, but as they enter into their teenage years, the changes in the child’s personal life make it more difficult.

As a teenager, they begin to feel many new emotions they never felt before and their bodies undergo unexpected physical changes. As they struggle to cope with these new developments, the teenager may begin to rebel against their parents and teachers. In their youthful minds, they mistakenly believe these new changes mean they are now old enough to make their own correct decisions.

Consequently, the teenage years are a time they experience many social conflicts in their lives. If you have a teenager and recognize they are going through this phase, here are three of the most effective conflict resolution strategies you can share with your child:

1. Encourage them to talk about the conflict —  If your teenager is having a conflict with someone, encourage them to sit down with the other person and try to talk it out. Tell them it is okay to express their emotions to the other party, but also let them know it is equally important to understand the other person’s point of view. Most of the time, they will see that the conflict was nothing more than a misunderstanding or miscommunication. Share this conflict resolution strategy with your teenager and let them know you are there if they need you — then step away.  Give them space to resolve the conflict on their own.  Learning how to talk their problems out will help your teenager develop into a better individual with strong communication skills.
2. Teach them the art of compromise and negotiation —  Until your teenager learns how to compromise, they will have a hard time resolving conflicts. The truth of the matter is, “you cant win them all”. Sometimes the only way to resolve a conflict is to give the other person what they want. Your teenager may feel it’s unfair, but this is the time in their lives they need to learn that life is not always fair. You can lessen the blow of this harsh life lesson by explaining to your teenager there will be times when they will prevail and the other party walks away with less. You can also introduce the idea of negotiating, where each side gives a little for the sake of resolving the conflict. These are essential life skills your teenager needs if they are to grow into adults that can handle all of life’s unexpected curve balls.

3.  Explain the importance of letting go past negative emotions —  When teenagers have repeated conflicts with the same person, such as a sibling or best friend, they will often bring up past negative experiences with that individual. This causes them to feel a higher level of resentment in the present situation, which makes it harder to resolve the current problem. If you’re frustrated because your teenager is flat-out refusing to resolve this conflict amicably, first understand, it is not their fault. It is just how their brains are wired. All humans feel negative emotions when we think about bad past experiences and the people associated with them. As we get older, we learn to cope with our negative emotions so we can have meaningful relationships with others. Use this conflict as an opportunity to teach your teenager how to keep their negative emotions in check in times of stress. Explain what they are experiencing is natural, but only temporary. Show them how past events are ruining the quality of their life in the present. Tell them there is nothing that can be done to change things that have already happened, and unless they learn to let go, it can effect their future.

Wheelchairs Against Guns is a non-profit organization with a simple mission: To protect your child from the dangers of bullying, gangs, and gun violence. Your support can help save a child’s life.

Your request has been submitted